The dead and wounded were both military personnel and civilians including a journalist who were watching the parade, state news IRNA added.
“Terrorists began shooting from a long distance while inside the park, at the armed forces as well as civilians watching the parade,” Brigadier General Abolfazl Shekarch, a spokesman for the Iranian armed forces told MEHR, another Iranian news agency.
Three of the attackers were gunned down during clashes with the security forces and one other arrested, news agencies reported. 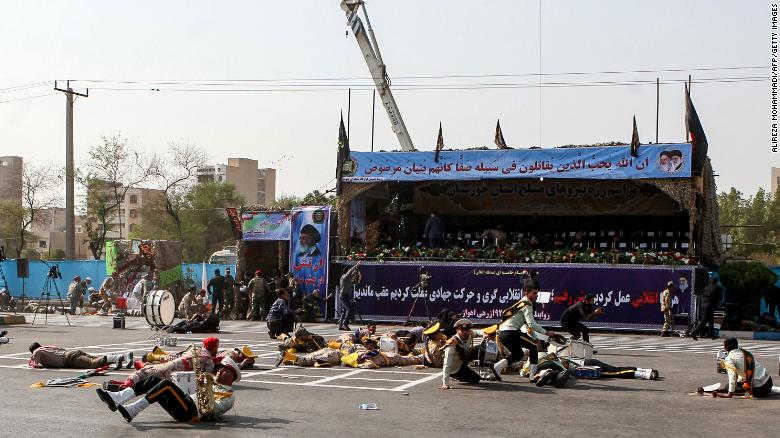 Injured soldiers lie on the ground after the attack on the military parade.
The separatist group the Patriotic Arab Democratic Movement in Ahwaz claimed responsibility for this attack.
The group is supported by “foreign antagonists,” including Saudi Arabia, IRNA said.
“The terrorists disguised as Islamic Revolution Guards Corps (IRGC) and Basiji (volunteer) forces opened fire to the authority and people from behind the stand during the parade,” Governor of Khuzestan Gholam-Reza Shariati said, according to IRNA.
IRGC spokesman Ramezan Sharif said the attackers were affiliated with a terrorist group supported by Saudi Arabia, Press TV said. “The individuals who fired at the people and the armed forces during the parade are connected to the al-Ahvaziya group which is fed by Saudi Arabia,” Sharif said. Saudi Arabia has yet to respond to the allegations.
The parade was part of nationwide celebrations in Iran to mark the 30th anniversary since the end of the eight-year war with Iraq that started in September 1980 and ended in August 1988.
The attack happened in a province bordering Iraq that has a large ethnic Arab community, many of them Sunni. It was a major battleground during the war that killed half a million soldiers. 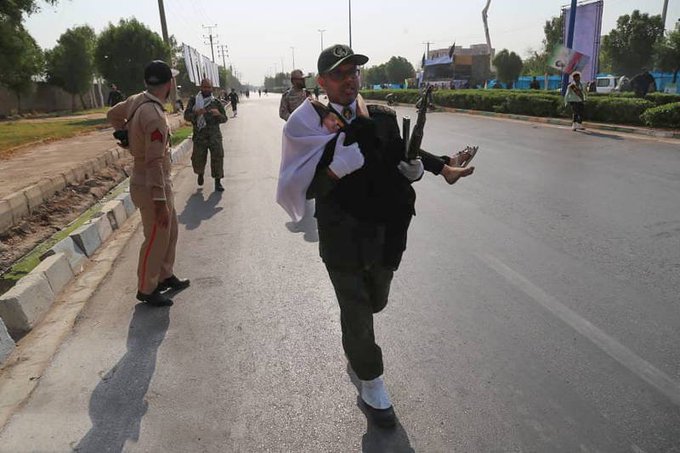 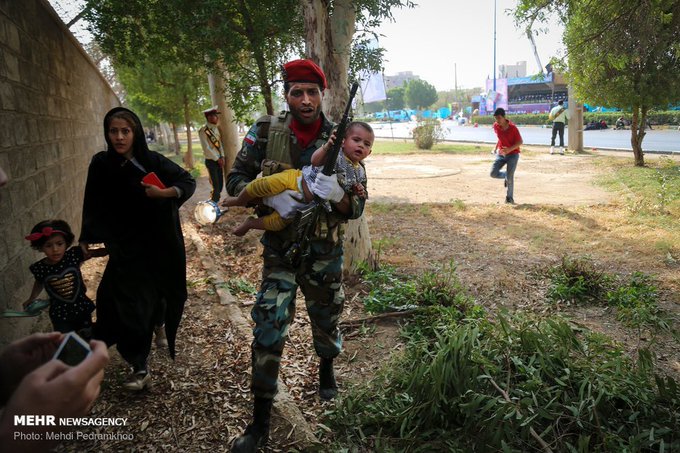 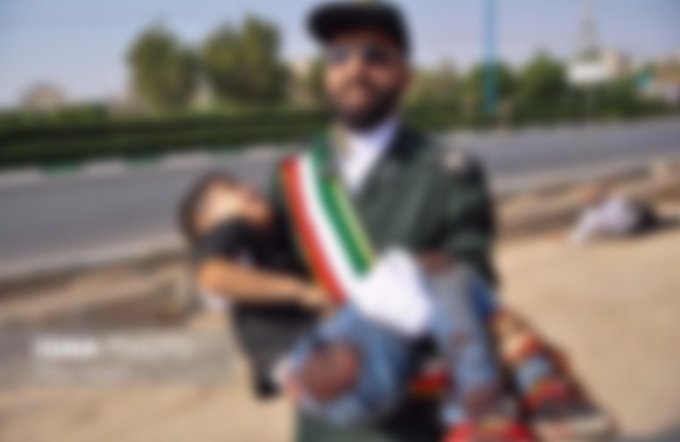 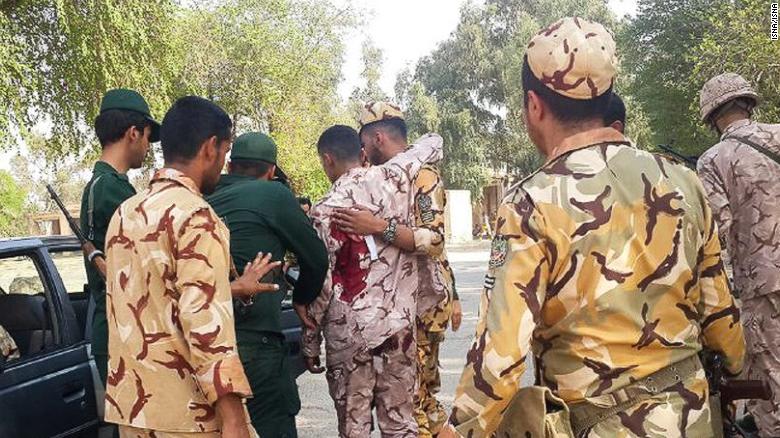 A soldier injured in the attack is treated at the scene in the southern Iranian city of Ahvaz.
Speaking at a military rally in Tehran, he said Trump will fail in the “economic and psychological war” he’s launched against Iran, just as Hussein failed in his 8-year war against the Islamic Republic.
“Iran will neither abandon its defensive weapons nor will reduce its defense capabilities,” Rouhani said.
“Rather it will increase its defense power day by day. The fact that they are angry at our missiles shows that these are the most influential weapons Iran has.”
The Iraqi border crossing authority said Saturday that the Iranian side was temporarily closing al-Sheeb and al-Shalamcha border crossings between the two countries after the attack.

WHO makes U-turn on COVID-19

US Navy to Conduct ‘Rare’ Tri-Carrier Exercises Near Korean Peninsula

DESTRUCTION OF 337 BOTTLES OF BEER: HYPOCRICY GONE TOO FAR

MFM: A TO Z OF HOLINESS AND DELIVERANCE- LIVE

ABOUT US
Regulus News Online is your news, entertainment, music fashion website. We provide you with the latest breaking news and videos straight from the entertainment industry.
Contact us: info@regulusnewsonline.com
FOLLOW US
Copyright © Regulus News.
MORE STORIES

MAJOR DEFENSE DEALS TO BE SIGNED DURING HISTORIC MODI VISIT TO...